Artist, skier, surfer, and new dad—Chris Benchetler is showing no signs of slowing down.

Growing up around one of the nation’s first snowboard parks in Mammoth, California left an impression on Chris. By virtue of his surroundings, he was heavily influenced by snowboarding and art, shaping him into one of the more stylish skiers out there. His film credits include Teton Gravity Research, Sweetgrass Productions, Warren Miller, Matchstick Productions, and Poorboyz Productions. His signature project, Chasing AdVANture, documents a one-of-a-kind journey up the West Coast from southern California to Canada in his custom-built Sprinter van as he meets up with fellow athletes to ski, climb, surf, and snowboard. Whether he’s painting 70-foot murals, chasing a toddler around, or traveling half of the year in a van with his family—Chris’s happy place is where both the mountains and the sea are in reach. 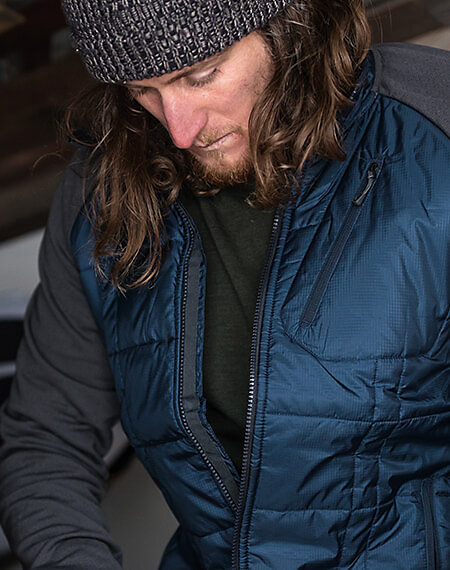