Speed, snow, and making it look easy. Angel Collinson is a force to be reckoned with on and off her skis.

Angel Collinson proves that girls can ski just as hard as the boys. Growing up at the base of Snowbird Ski Resort in Utah, skiing was part of her life from an early age. During the winter, she was on the slopes every day. During the summer, the family would pack up and travel around the west in a van, well before #vanlife was a thing. These experiences instilled in Angel an incredible passion for the sport and deep appreciation for our environment. After a successful career as a ski racer, Angel found her calling skiing big mountains in front of the lens. In 2015, she became the first woman to win Best Line at the Powder Awards and later that year was named Freeskier Magazine’s Skier of the Year. 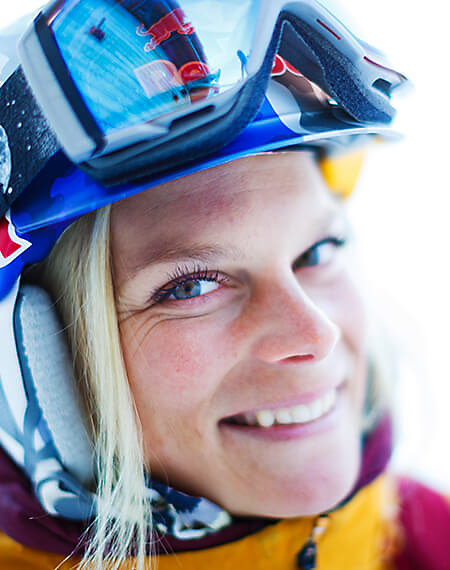